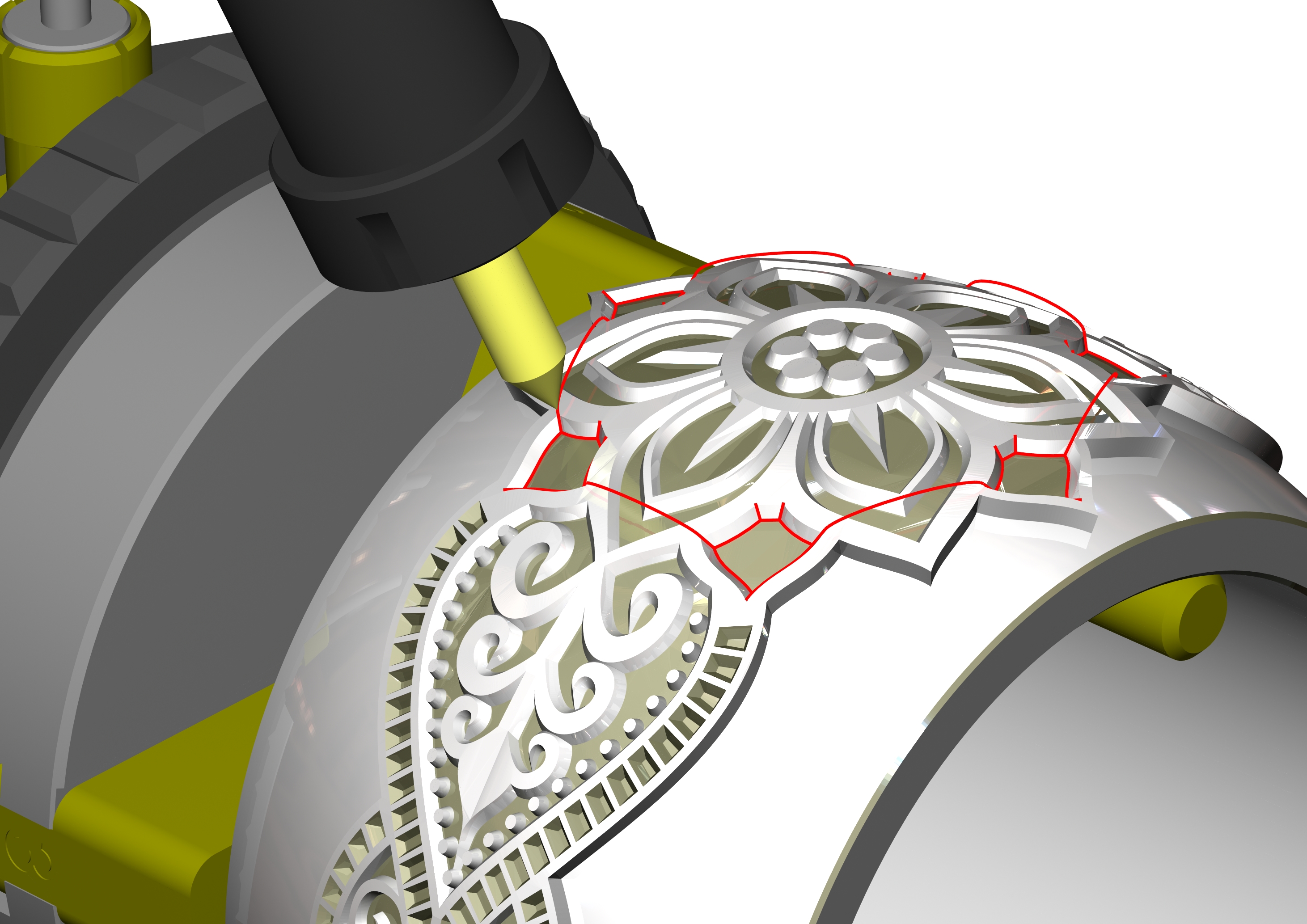 Engraving involves running a tool with a constant depth of cut along the centre of a contour (e.g. marking of text). Industrial carving is the more complex and specialised machining of both raised and indented embossing stamps and imprints. To achieve this in a sharp corner of a contour, and corresponding to the conical angle of the engraving tool, a 3D toolpath is created to ensure the smallest conical radius is maintained at the top contour, leaving a "sharp" corner. The latest version of Pictures by PC CAD/CAM software includes improvements for both engraving and carving machining methods.

Double Projection is also another new addition within Pictures by PC version 3.8. Taking a ring with a rounded cross section as an example, graphic and text can firstly be wrapped cylindrically around the cross-section radius. The resulting toolpaths can subsequently be cylindrically wrapped a second time around the ring diameter, creating 4 or 5 axis simultaneous engraving and carving on a double curved surface.

No Maintenance Fees Since 1984

When you purchase our Pictures by PC CAD / CAM software, you acquire a perpetual license. This means that the license can be used on a workstation with no time limit and no annual maintenance costs. The software license is linked to the computer.

Straightforward pricing with no hidden costs. Post processors for standard CNC controls are free of charge and can be generated and modified by the user.

Our customers receive free software support via e-mail and telephone, directly from our software development team (Monday to Friday 9am to 6pm).