Formed work pieces (e.g. thermoforming moulds) can be trimmed using a contour and tool inclination vectors. Chamfers on freeform components are produced by passing a tool along a 3D contour while remaining perpendicular to the chamfer surface. Tapered surfaces are generally swarf cut, whereby the side face of the tool machines along the tapered faces, guided by a contour (with an optional depth increment). Engraving and carving toolpaths either projected or wrapped around cylindrical, spherical or conical faces (also with double curvature) can also be 5 axis simultaneously machined.

With the help of vector direction symbols, the tool inclination can be manually adjusted from being that of the surface normal direction, which is especially useful in critically tight work spaces (e.g. between impeller blades). The tool orientation is continuously interpolated through any number of vector direction symbols along a contour. This method is also very helpful for faceted freeform bodies (e.g. STL meshes), in order to suppress excessive tool movements. 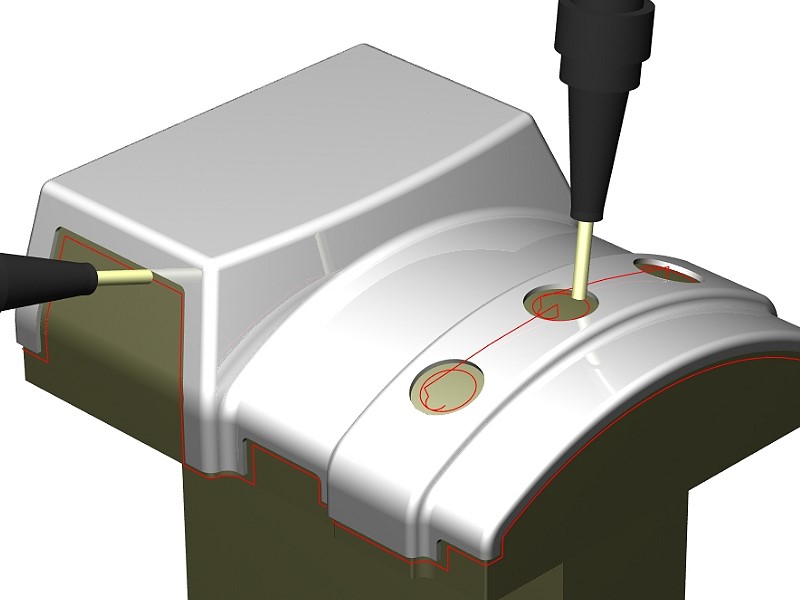 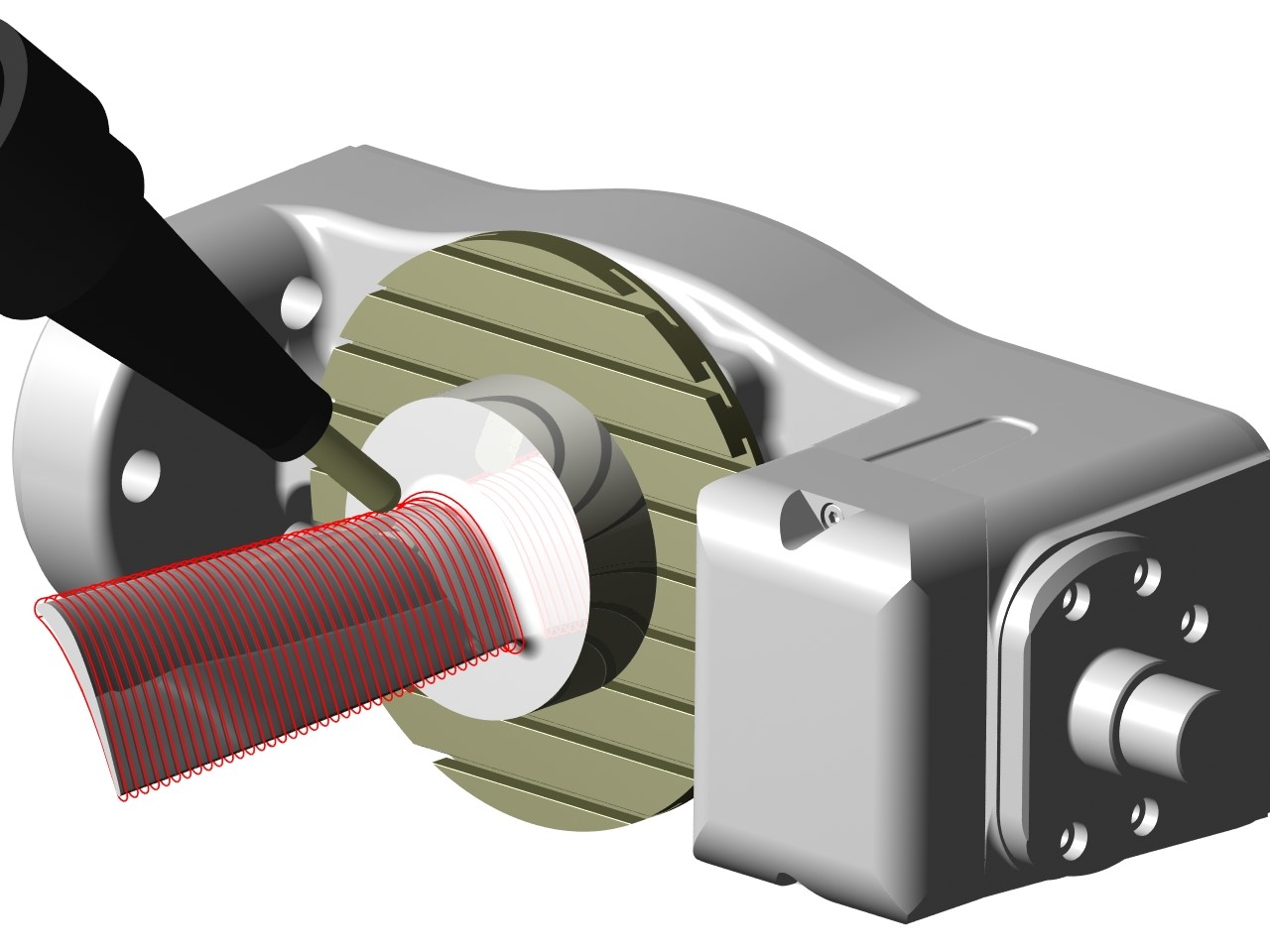 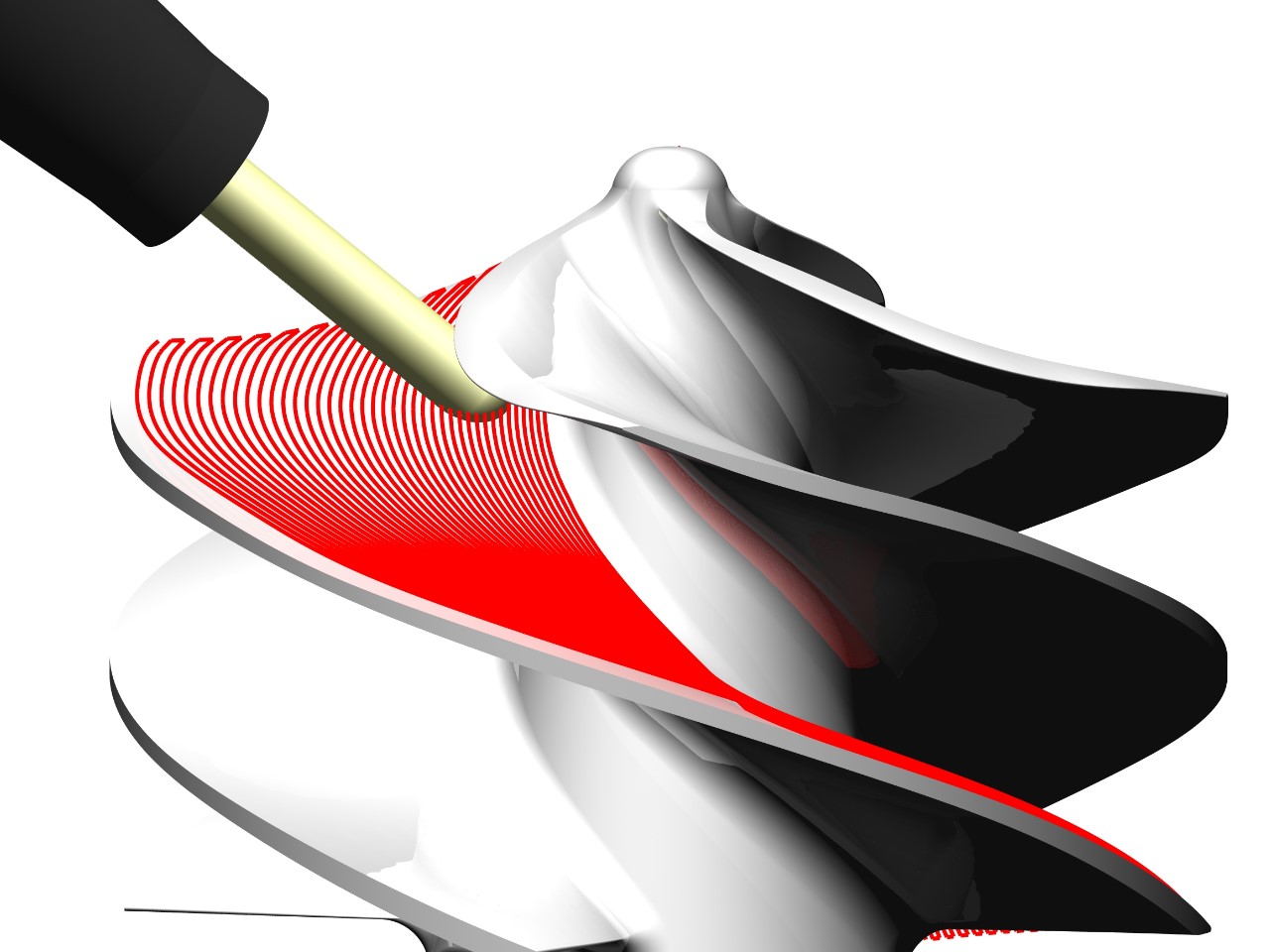