Engraving and Carving up to 5 Axis

Pictures by PC CAM Software for Engraving and Carving

Engraving involves running a tool with a constant depth of cut along the center of a contour. The tool diameter determines the width of cut. Carving requires a conical tool, and facilitates the cutting of sharp embossing stamps and imprints. To achieve this in a sharp corner of a contour, and corresponding to the conical angle of the engraving tool, a 3D toolpath is created to ensure the smallest conical radius is maintained at the top contour, leaving a "sharp" corner. Carving facilitates the production of both raised and indented stamps.

2D engraving and carving strategies can be projected onto 3D solid, surface or mesh models. Toolpaths can also be wrapped around cylindrical, spherical or conical forms (simple curved surfaces). For more complex shapes (jewellery and woodworking) the simple curved toolpaths can be wrapped a second time around additional cylindrical, spherical or conical forms (double curvature surfaces). The resulting tool paths can be machined up to 5 axis simultaneously. 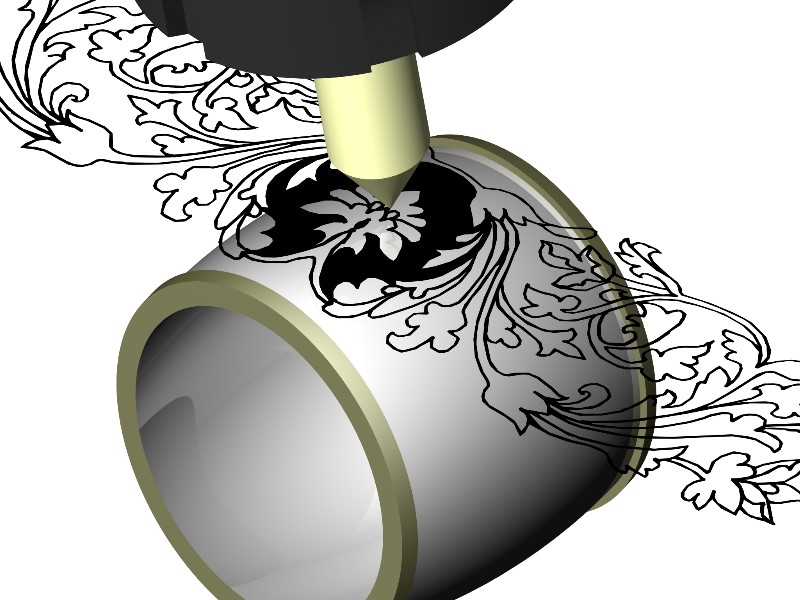